NDPA In The Media

Drowning Facts – Have We Hit a Crisis Point in America? 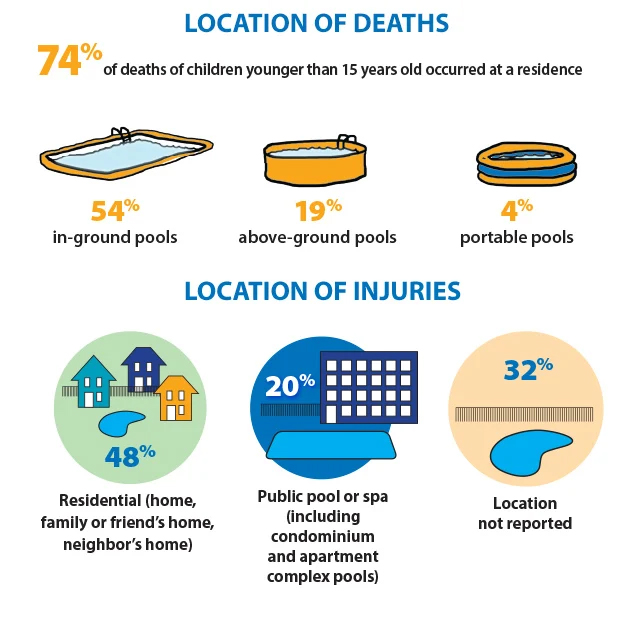 Inground pools constitute the highest percentage of drowning fatalities in children at a residence. – Pool Safely

The Facts About Drowning-Related Deaths

The World Health Organization says that drowning is the leading cause of unintentional deaths worldwide, with over 372,000 deaths reported each year. 140,000 of those deaths were children.

According to the Centers for Disease Control and Prevention, nearly 4,000 people die in the United States yearly from drowning. Drowning is the second leading cause of death for children after birth defects. An average of three children die each day from drowning, and it is the second leading cause of accidental deaths in children aged 1-14, right behind motor vehicle-related deaths. 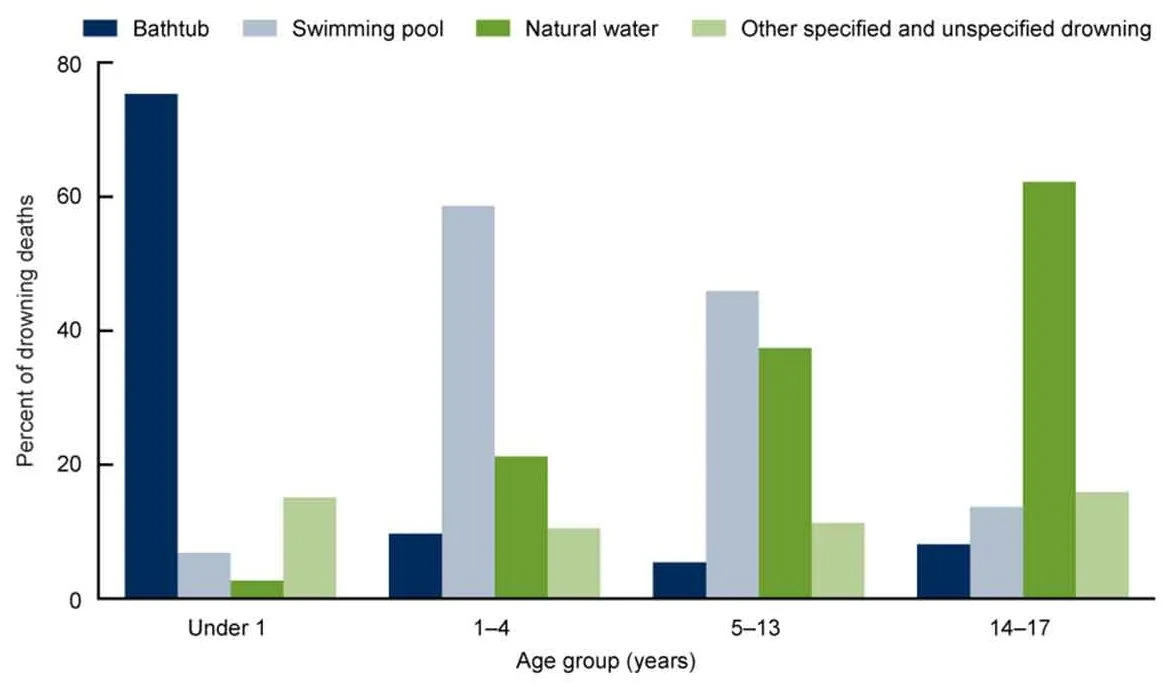 An average of 379 children under age 15 die in reported drownings linked to pools or spas each year, according to the Consumer Product Safety Commission, and the statistic has been climbing in the United States.

U.S. Falling Behind Developed Nations When It Comes To Water Safety

In 2015, a study conducted by the National Safety Council showed most states were significantly behind in their grading scale. 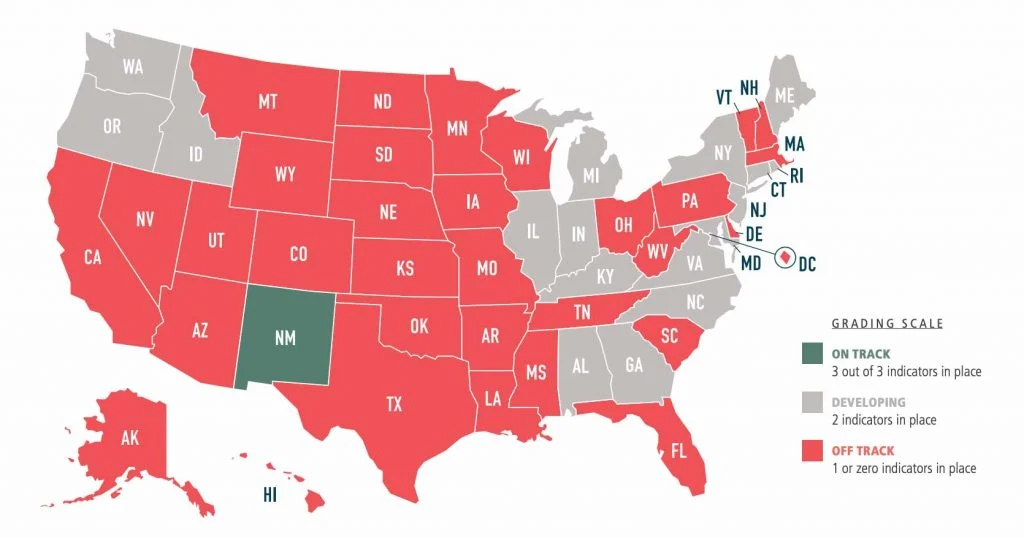 Drowning Prevention: A 2015 study conducted by the National Safety Council said that most states were significantly behind on their grading scale.

The media in 2015 called on states to reduce the number of drowning fatalities. To date, most of the country still has not adopted the recommended guidelines set forth by the NSC. Experts like Dr. Katchmarchi, Executor Director of the NDPA (National Drowning Prevention Alliance), believe we’ve hit a crisis point. “Starting in 2020 we saw a very significant increase. The scary part is when we just look at the numbers, it’s hard to say if that’s a new trend we’re seeing because of the pandemic.”

Katchmarchi is sounding the alarm because a spike in drownings may have a direct provable correlation with current events. “In 2020 we saw drowning rates increase significantly for the first time in a very long time,” said Katchmarchi, “Some of the initial data we’re getting for 2021, has me even more scared.”

Public health experts say water safety should be a priority since nearly all drowning deaths are preventable. “These deaths do not have to occur. It really is something we should be ashamed of and be energized to address,” said Shannon Frattaroli, Director of Johns Hopkins Center for Injury Research and Policy.

“Most state and local health departments are chronically underfunded for accident prevention in general and many have no expertise in drowning prevention,” said Richard Hamburg, Executive Director of Safe States Alliance.

As it pertains to drowning prevention, laws are slowly being passed to help establish better standards. The Virginia Graeme Baker Pool and Spa Safety Act (VGBA) is law of the land in the United States. This was a major achievement for federal intervention.

Organizations Appeal To Congress For Action

It’s a fact that drowning remains a leading killer in children and young adults. In most cases, states lack the laws and regulations that experts in the field of drowning prevention say are necessary. Experts say more effort from states is required to effectively reduce the rate of fatalities. Existing laws on the books tend to be inconsistent even within neighboring jurisdictions.

More than two hundred national and local groups and state agencies, including the American Red Cross, the YMCA, and the California Highway Patrol, wrote to Congress in March. They called the increase in drownings a “silent crisis” that needed government leadership and funding.

Additional research on drowning prevention measures is needed in order to make a serious impact according to Dr. Katchmarchi, “There’s not a lot that is evidence-based. We’ve been saying to use barriers and alarms. We have some data to support that we know barriers are effective at reducing drowning. Some studies have suggested that it’s up to a 50% decrease with young children but we need better data. When it comes to alarms, we have pretty much no data to support how effective alarms are. We think they are but so far as being able to say adding an alarm will decrease the potential of drowning by X%, we simply don’t have that data.”

Katchmarchi says more focus is needed on developing the National Water Safety Action Plan. “This is designed to impact the community, county, state, and federal level when it comes to water safety. This was in response to a call from the World Health Organization for nations to have a national plan addressing drowning, ” said Katchmarchi.

Drowning prevention studies are essential to our water safety goals in this country. A number of unquantified factors in recent years may have contributed to an increase in drowning fatalities. Drowning prevention is clearly a moving target where the numbers equate to American lives, not just statistics. 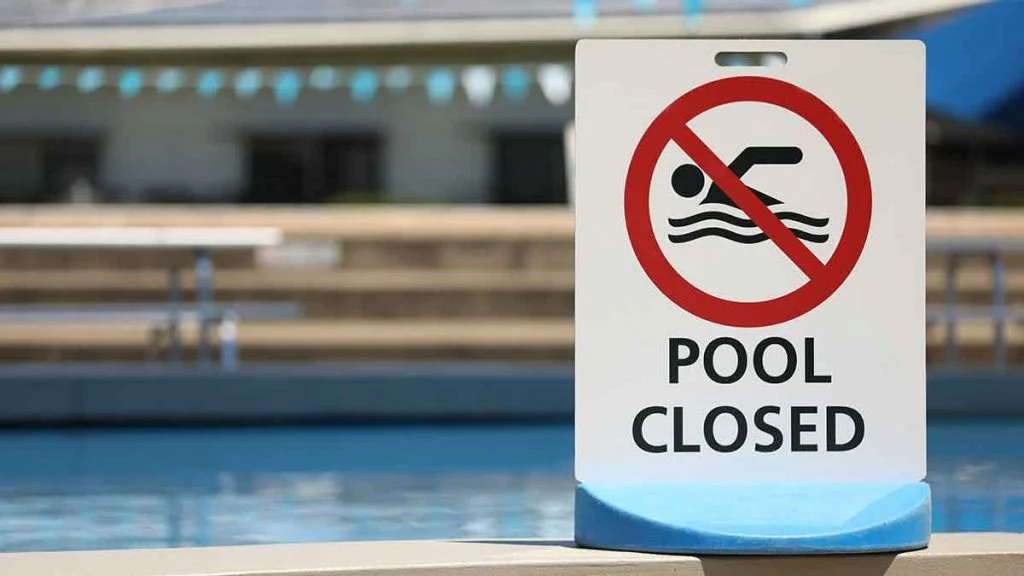 Closing public pools and eliminating J1 visas for lifeguards may have contributed to drowning fatalities in 2020 and 2021.

A Moving Target That Equates To Human Lives

What is perhaps most unsettling about all of this data is that change doesn’t appear to be happening quickly enough. It’s disconcerting that given the recent rise in drowning deaths, public pools continue to close at an alarming rate. It’s alarming that a lack of funding for research, lifeguards, and public pools may be erasing the gains our nation has made in previous decades. That we’re struggling to keep up with other developed nations should be a national embarrassment according to water safety experts.

“I was part of the U.S. delegation in 2017 that attended the world conference on drowning prevention, what was quite embarrassing was that the United States was the only developed nation that did not have a water safety action plan,” explained Dr. Katchmarchi, “We hadn’t even started developing it at that point. When you look at other developed nations, we’re compared to Australia, New Zealand, Great Britain, and Canada but the biggest difference is their federal governments take a much more active role in water safety.”

Editor in Chief of Pool Magazine - Joe Trusty is also CEO of PoolMarketing.com, the leading digital agency for the pool industry. An internet entrepreneur, software developer, author, and marketing professional with a long history in the pool industry. Joe oversees the writing and creative staff at Pool Magazine. To contact Joe Trusty email info@poolmagazine.com or call (916) 467-9118 during normal business hours. For submissions, please send your message to submissions@poolmagazine.com

Latest NDPA in the Media

Because these cookies are strictly necessary to deliver the website, refusing them will have impact how our site functions. You always can block or delete cookies by changing your browser settings and force blocking all cookies on this website. But this will always prompt you to accept/refuse cookies when revisiting our site.