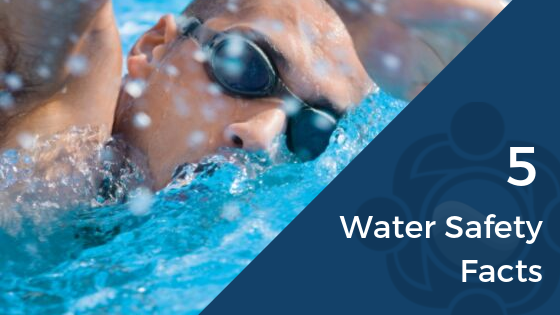 Water Safety is defined as the procedures, precautions and policies associated with safety in, on and around bodies of water, where there is a risk of injury or drowning. It has applications in several occupations, sports and recreational activities, and above all at home and in real life.

Since drowning is the number one cause of injury-related death among children between the ages of 1 and 5 and the second leading cause of death for children ages 1-14, water safety should be a priority for parents, teachers and caregivers.

Drowning incidents don’t happen as portrayed on film and TV. They can be difficult to detect as drowning is an extremely silent event. Contrary to popular perception, there is little or no splashing to be seen, no sound involved. Children can drown in front of other children, adults and even lifeguards before anyone realizes what has happened.

It only takes a moment. A child or weak swimmer can drown in the time it takes to reply to a text message, check a fishing line or take a picture. Death and injury from drownings happen every day in domestic environments such as home pools, hot tubs, bathtubs even buckets and in open water like the beach or in oceans, lakes, rivers and streams.

Here are 5 water safety facts to keep in mind:

Drowning is among the top 5 causes of unintentional injury

Learning to swim can reduce the risk of drowning by 88%

Drowning is fast and silent.

Drowning can happen in as little as 20-60 seconds, the time it takes to apply some sunscreen or post a tweet on social media. Movies depict drowning as flailing and screaming for help but in reality this is not the case. Drowning is quick, silent and deadly and unless you’re a trained professional you may miss the signs of drowning all together. Drowning victims seldom have the time, energy or air to call for help. There aren’t any flailing arms or big splashing to catch onlookers’ attention.

Education is key to prevent unintentional drownings. The NDPA relies on donations from our members, friends, and supporters to continue our work. With your support we can continue to bring people, groups, and leaders together to prevent drownings. Remember our mission – “Together WE can PREVENT the tragedy of drowning!”