Tag Archive for: diversity in aquatics 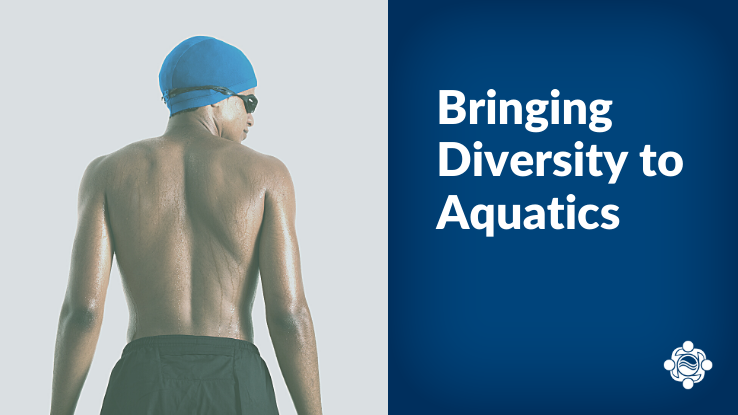 The Centers for Disease Control and Prevention states the sad fact that more than 3,500 people drown each year in the U.S, making drowning the leading cause of death in children 1 – 4 years old. Even more sad, minorities drown at a rate three times higher than their peers.

Diversity is directly linked to the opportunity to be water safe. As we are well aware, aquatics suffers from lack of diversity, enforcing a system where the access to learning how to swim and gain water competency are not the same for everyone.

Factors such as access to swimming pools, the desire or lack of desire to learn how to swim, and choosing water-related recreational activities may contribute to the racial differences in drowning rates. Available rates are based on population, not on participation. If rates could be determined by actual participation in water-related activities, the disparity in minorities’ drowning rates compared to whites would be much greater.(2)

Many organizations and advocates are striving to bring swimming to minority communities and thus reduce the incidence of drowning among them. Here are a few that you can support:

The drowning and participation gaps in aquatics mirror the disparities we find in public health and education, often ignoring the ongoing historical issues of race, socioeconomic circumstances, and cultural stereotyping. Therefore, a revamped focus is needed to address and help curve the current gaps found in aquatics.

Founded by Dr. Shaun Anderson and Jayson Jackson in 2010, Diversity In Aquatics is an organization built to develop a network to help save lives by empowering communities to have equitable access to quality aquatic opportunities. They work to address historical policies and practices that impact resource allocation and access to public spaces to understand present-day aquatic disparities.

AfroSwimmers is a swim movement that offers lessons and aquatic wellness services for people of color, founded by swim coach and aquatic healer Noelle Singleton.

AfroSwimmers boasts a facility in Atlanta where programs — including competitive coaching, aquatic therapy, and private swimming lessons — are offered to help break down barriers between the Black community and swimming.

Black People Will Swim’s sole mission is plain and simple: it’s smashing the stereotype that Black people don’t swim. Their end game is to make a difference in the world of aquatics.

They aim to do this through a number of ways with their acronym F.A.C.E. encouraging their community to FACE their fears.

Founded by paralympic swimmer Jamal Hill, this organization has made it its mission to take justice against senseless drownings by promoting water safety competency through the Swim Uphill method in underserved communities around the globe.

Black Kids Swim is a 501c3 organization based in Prince George’s County, Maryland. Their mission is to increase Black participation in the sport of competitive swimming. They also offer their consultancy services to aquatic facilities that wish to include a diverse group of adults and/or children to their programs.

The Josh Project is a drowning prevention agency dedicated to water safety training and education. Their mission is to build basic swimming skills and knowledge of water safety to prevent drowning.

SwemKids is nonprofit school-based program that teaches children introductory swimming lessons and water safety skills as a part of their school’s curriculum. This model ensures that children are exposed to the water early and gain important life-saving skills to make sure they are safe while having fun!

The Black Swimming Association (BSA) is a non-profit organisation set up to promote education among the Black community as well as other ethnic minority communities on water safety and drowning prevention measures.

They strive to ensure that the issues that preclude these communities from engaging in aquatics are researched, understood and  adequately addressed to promote inclusion and change.

Because these cookies are strictly necessary to deliver the website, refusing them will have impact how our site functions. You always can block or delete cookies by changing your browser settings and force blocking all cookies on this website. But this will always prompt you to accept/refuse cookies when revisiting our site.