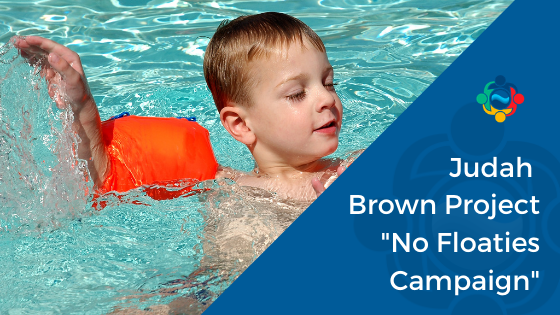 Floaties – Puddle jumpers, water wings, ring floaties, neck rings. We believe they all have one thing in common:

They each contribute to child drownings.

We believe this is how:

All of them automatically put children in a vertical position in the water and that is the drowning position. It’s the exact opposite position to the life-saving, horizontal position that learning to float on their backs and then to swim teaches them. Puddle Jumpers teach children’s muscles to remember that drowning position, so that when they get into water, their bodies will automatically get into that position, whether they have the device on or not. This makes drowning faster!
They all teach children to bicycle their arms and legs, in order to propel through the water. This is commonly known as treading water, but it expends huge amounts of energy and kids cannot keep it up for long enough to get rescued or save themselves. They tire out in less than a minute and will then drown.
All of these devices prevent kids from learning to reach their arms out in front of them for any swimming stroke and from putting their heads in the water to help them get into a horizontal (swimming and breathing position) in the water.
Puddle Jumpers contribute to water phobia because they don’t allow much water on the face and therefore don’t allow children to become used to the water being on their faces. If the water does hit their face in an emergency situation, the child is more likely to panic and freeze and then not be able to help themselves.
All of these devices create a false sense of safety for the child when used in the pool, during swim or play times. The child thinks they can swim as they have built confidence in the water (because they have been wearing the device every single time they are in the water). They then don’t know how their own bodies react in the water without a flotation device on and they don’t make the connection that the device is what keeps them floating and not themselves. They think that they are floating on their own. So, when the opportunity arises for them to get into water (even when they aren’t supposed to be in it), they are much more likely to do so without the device and without a parent, thinking they can swim on their own, when they really can’t.

This false sense of safety does not commonly happen when flotation devices are only used in open water, most likely because when they aren’t using a device at the pool (which is most children’s learning to swim place), the child learns about what their own bodies can and can’t do in the water and they realize they can’t float or swim on their own yet.
All of these devices create a false sense of safety for adults. Adults tend to not be as vigilant around the water when they put their kids in these devices. So, as an example, during a break when a parent might be attending to another child, their little one may have their device off temporarily and because the parent has trained themselves not to have to be as vigilant, they have a lapse in supervision for a few seconds. In that time, the little one can easily end up in the pool without the device that holds them up in the water and can drown! It only takes 30 seconds! A young child CAN and they often DO sneak off when you are even briefly distracted!!!
None of these devices are Coast Guard approved except the Puddle Jumper.
Puddle Jumpers are Coast Guard approved but at the lowest level possible-below life buoys, which are only meant to throw to someone and quickly pull them out of the water. Puddle Jumpers are not reliable as a safety measure in any water that is not completely calm. They are marketed as a “swim aid”, but NO device is a swim aid.

Flotation devices of any kind should never be used as a swim aid because of the reasons above.

Instead, children should learn to float on their backs and then learn survival swim techniques, as well as always having one-on-one touch supervision (a parent or adult never being outside of an arm’s reach of a non-swimmer) in and around the water.

It has become very popular for parents to use flotation devices in places they were never meant to be used (like the pool), thinking that’s what keeps the kids safe. But it doesn’t! During the time they are in the water, the devices keep them floating, but we believe they also teach them all the points above.

Most child drownings happen when it’s not swim time-meaning they happen when kids sneak back to the pool without you, after swim time is over, and that means they won’t have the device on at the time they drown. If they learn what their bodies can and can’t do in the water by not using the devices, they are much less likely to sneak back to the water, because they will know by their experience that they can’t swim and thus, the drowning won’t happen.

Life Vests are the only safe floatation device and we believe that even they should NOT be used at a pool. They should only be used in open water like oceans, lakes and rivers (where it is very important that they are used). Life Vests were made for open water. They were never meant to be used in pools.

Pools are where kids learn what their own bodies can do in the water. They need to do that without a flotation device on, to develop respect for the water. They need to have lessons that teach them to float on their backs so that they can breathe and wait for help, and then need to learn to swim so that they can rescue themselves. They need you to always stay within an arm’s reach of them while in or around water, until they learn to swim on their own. They need you to never put them back into the device while learning to swim or after they have learned, because the devices will unteach them all of the skills they have learned in lessons.

That’s why we say NO to floaties! Join us in our mission to make sure all children are taught to float, all parents know the dangers of floatation devices during swim times, all Puddle Jumpers and floaties stop being used at all and Coast Guard approved life vests are used in open water, but not in pools with little ones.

Bring us your Puddle Jumpers and other floaties and let us help you choose life saving survival swim lessons instead!

For more information on how YOU can help with this campaign, please contact Annette Courtney at annette@judahbrownproject.org or Christi Brown at christibrownsky@yahoo.com.

Please visit nofloaties.org to sign our Puddle Jumper Pledge! You taking this pledge will help spread the word to other moms and dads that puddle jumpers and floaties are not safe for our young children in the water! 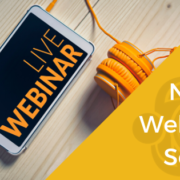 Catch up on the NDPA Webinar Series 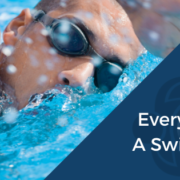 Every Child a Swimmer – Petition 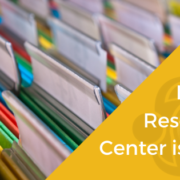 The NDPA Resource Center Is Live! 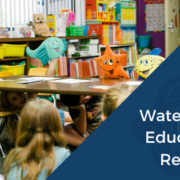 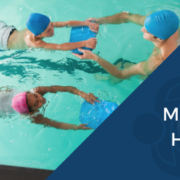 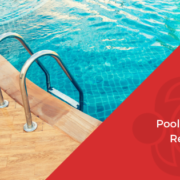 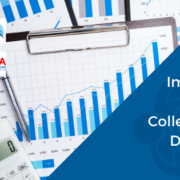 5 Ways You Can Support The NDPA
Scroll to top